Mexico / My Midwinter Escape To A Land Of Color And Warmth

I left the wonder of winter in the Berkshires behind for the first time and had a revelation in San Miguel De Allende. March can be warm and friendly and colorful in Mexico! Who knew? Well, evidently most people know, I just missed the memo. Despite how the media tried to terrorize us with drugs, death and dismemberment , it was perfect and the people were some of the friendliest I have ever met. It is the land of festivals. I spent many years shooting tourism in Mexico, but everyone of my assignments took place in July so that ads could be produced to entice people south in the winter. Now I am one of them! 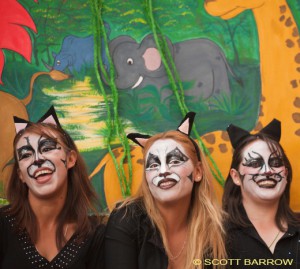 Elementary school teachers on a break from a spring festival and parade in San Miguel de Allende, Mexico